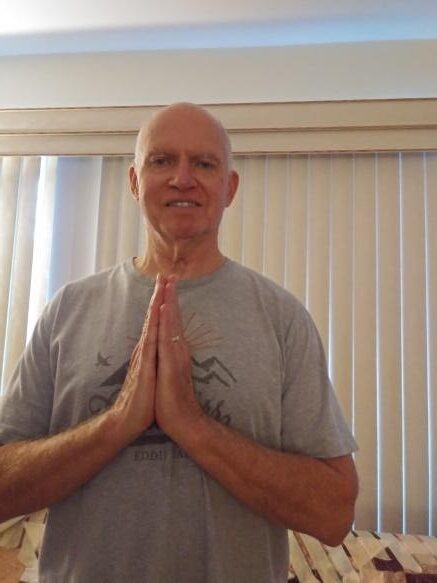 I was born in Florida and moved to metro Detroit in 1968.   I have been practicing yoga for fifty years, and taught for more than thirty.  When I was 17, I became inspired to explore yoga after reading the book, “Be Here Now”, by Ram Dass.   I found yoga classes at Integral Yoga in Detroit, and after three years, I attended their teacher training in 1975 and taught there for eight years.   Then I took a break to help my wife raise our two daughters.

I have been an active member of the YAGD for twenty years, & have held various volunteer positions.  YAGD offers Yoga Master weekend workshops, where I was inspired by Jason Crandall and Desiree Rumbough.  Over the years, I have taught at various yoga studios, but now only teach at the Livonia Recreation Center, where I have been since 2004.

I was an Empathy Facilitator at Henry Ford Community College for nine years, where I enjoyed teaching students for weekend classes called “Empathy”. It was an experiential class for small groups learning to get in touch with their feelings, to accept themselves, and become more empathetic to others in communication. This was also back in the 1970’s .

For me, travel is another way of being present in the moment. The summer after high school graduation, in 1973, I spent two months in Mexico, Guatemala, Belize, and El Salvador, mostly exploring Mayan and Aztec ruins.  I hitch hiked, took trains, and many buses (and was surprised to see people carrying chickens on their laps !)

I am grateful that my wife loves to travel also.  We have traveled to Europe, Russia, China, and New Zealand. Other activities I enjoy are kayaking, mountain biking, skiing, and camping. We have visited 48 of the states and most of the National Parks. I used to backpack and scuba dive.

I am a certified Reiki Level Two Practitioner, taught by our own YAGD member, Ann French, who I am happy to recommend.     I am also a retired Firefighter and Paramedic in Westland, where I enjoyed serving the people there, and, help keep the city safe.

I have always been drawn towards Service to others, which happens to be one of the Paths of Yoga:  Karma Yoga.

My current joy is being an active grandfather to our four grandkids !  Their ages range from (almost) 2 – 8 years old. 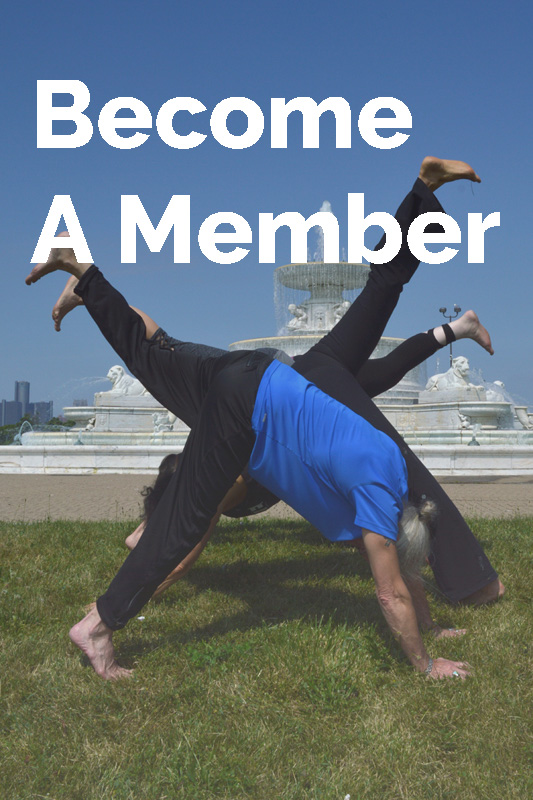